Lisa Kutschbach-Brohl, the chair of the Lake Erie Islands Conservancy has a B.S. degree from the Ohio State University in Natural Resources (Parks/Interpretation). She received her M.S. from OSU in environmental science with a specialty in wetlands. She has an abundance of educational work experience including work with the National Park service, as an instructor at the Ohio State University Stone Laboratory (workshops and Local Flora college courses), former Nature Camp Director, Road Scholar group and birding leader as well as being a certified Project WET, WILD, and Learning Tree facilitator. Lisa has also worked as a biological technician with the U. S. Geological Survey at their Lake Erie Biological Field Station and for the U.S.D.A. Wildlife Research station in Sandusky, Ohio. 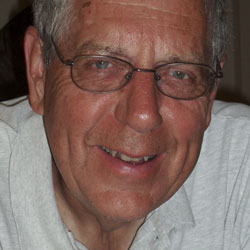 After thirty-two years in education, Kelly Faris retired from Put-in-Bay Local School District where he served as teacher/administrator from 1972 to 1996. Before accepting the position at Put-in-Bay School, Faris taught in Lorain, Elyria, Maumee, and Port Huron, Michigan.   He graduated from Kent State University with a major in Education and English and did graduate work at Bowling Green State University.

Faris worked twenty-five years as the elected, fiscal officer of the Village of Put-in-Bay until his retirement in 2008.  For thirteen summers, he was a seasonal ranger for the National Park Service, ending that tenure as a law enforcement officer.

Since its formation, he has served as the secretary/treasurer of the Lake Erie Islands Conservancy.

He is also a trustee for the DeRivera Park Trust which owns and operates two parcels of park land on South Bass Island (Put-in-Bay, Ohio).  As a free-lance photo-journalist, Faris has had numerous articles and photographs published.

At the present, Kelly Faris is the chair of the Village of Put-in-Bay Tree Commission.   He was instrumental in the creation of Put-in-Bay Township Park District, a local government entity whose mission is to preserve and protect unique natural areas in the Lake Erie Islands.  He serves as the secretary and chair of that organization.

He and his wife Marty have four children and nine grandchildren.  They are residents of Put-in-Bay, Ohio, and maintain what they call a “winter cottage” in Perrysburg, Ohio, the geographical center location of their grandchildren. 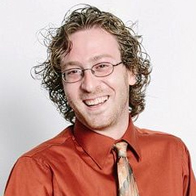 Dustin Heineman is the fifth generation of Ohio’s oldest family owned and operated winery which was established in 1888 by his great-great grandfather. He attended OSU for a year and majored in business administration and minored in enology but found it was not his cup of tea and so moved back to his island home. Here is where Dustin gained a more, “hands on” experience and began working with his father and grandfather on a daily basis. He found his true niche.

Besides being a proud board member of The Lake Erie Islands Conservancy, Dustin also serves on the board of the Perry Group as well as The Ohio Wine Producers Association, following in the footsteps of father and grandfather; a founding member of the OWPA.

He has a love, respect and dedication to the preservation of our beautiful islands. This became even stronger with the birth of his son Eli. Dustin says “Put-in-Bay has a wealth of history and I enjoy learning new things everyday. As my roots continue to grow deeper into the island soil, I enjoy doing my best to save and protect its history; not only for my generation, but for generations to come.” 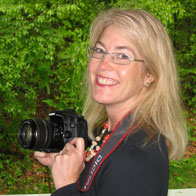 Susan Byrnes has been a LEIC board member since spring 2008, as well as a committee member of the LEINWC. Susan has been photographing and capturing the beauty of the island since 1998. Her love of photography began as a teen and was pursued further at Ohio University as a photojournalism major. Susan and her family live on the island and own and operate the Arbor Inn Bed & Breakfast, in addition to her photography business Put-in-Bay Studios. 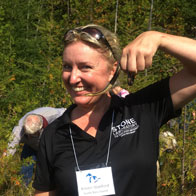 Kristin, AKA the Island Snakelady, has been the Recovery Plan Coordinator for the federally threatened Lake Erie Watersnake since 2000. Portions of her research have been showcased with Mike Rowe on Discovery Channel’s Dirty Jobs. Kristin also teaches field herpetology at Ohio State University’s Stone Lab and has supervised 18 Research Experience for Undergraduate student projects on the islands. She has as B.S. and M.S. in Biology from Northern Illinois University and is currently working on finishing up her PhD. Kristin is currently a board member for LEIC, chair of the  Lake Erie Islands Nature and Wildlife Center, and a member of the Midwest Partners in Amphibian and Reptiles Conservation Advisory Committee. 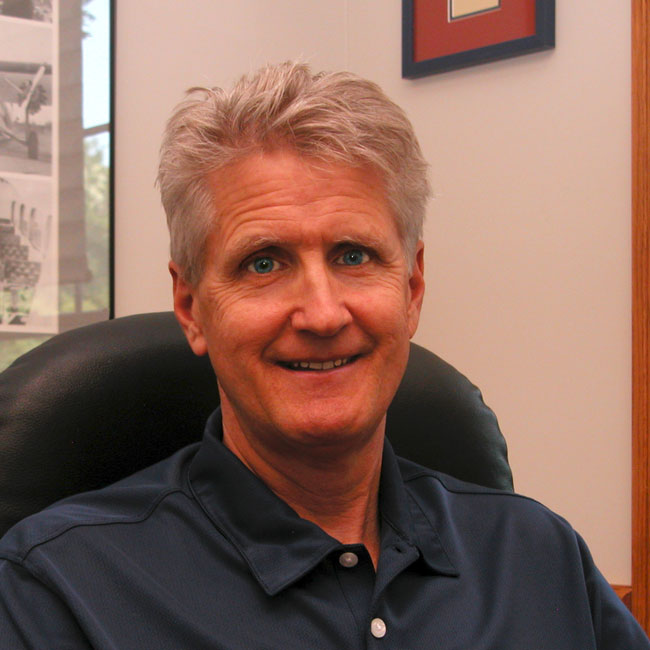 Bruce is president of Miles Products, a lifelong seasonal resident of Middle Bass Island and an avid hunter and fisherman.He and his wife Kim have been frequent volunteers with the LEIC and Bruce is the founder of the Middle Bass Music Festival. 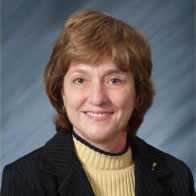 Marsha Collett has been a LEIC board member from 2009-Present. She holds
a B.A. in Psychology from The Ohio State University and a J.D. from Case Western Reserve University School of Law.

Like the Eastern Bluebird, Paula is native to Ohio. She grew up on the west side of Cleveland and settled in central Ohio after graduating from Ohio State University with a degree in Civil Engineering. She began monitoring Bluebird Trails in 2002. Paula is the Delaware County area contact for the Ohio Bluebird Society (OBS). She is also Coordinator of the Delaware County Chapter of Cornell Lab of Ornithology’s NestWatch. Last year Paula monitored over 400 nest sites in Delaware and Ottawa Counties. Birds she has worked with include Eastern Bluebirds, Tree Swallows, Tufted Titmice, Carolina Chickadees, Carolina Wrens, House Wrens and Purple Martins. Aka: Madame Wingnut….with a great sense of humor. 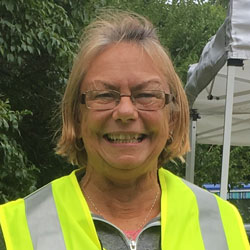 Peggy Leopold is retired from Mercy Hospitals. She and her husband John split their time between Put-in-Bay home and Fort Lauderdale. Peggy has been a very  active volunteer and board member with both LEIC and LEINWC. Her grandchildren have been great help with Nature Camp in the past and her husband with our bird banding efforts. 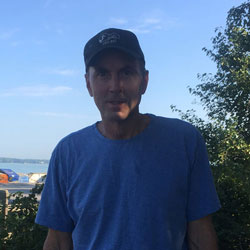 Ken Farber graduated from the Ohio State University in 1975 and operates Farber Specialty Products. He and his wife Jennifer split their time between Granville, Ohio and their island home on South Bass. Their children have been involved in Nature Camp and volunteering at our preserves. Ken worked closely with Richard Gump on the Massie Cliffside Preserve. Darren Dunning is the Deputy Tax Commissioner for the City of Parma. Darren graduated from Kent State University with a Bachelor’s Degree in Marketing. He is also a Certified Public Manager from the John Glenn College of Public Affairs at Ohio State University. Darren resides full-time in Parma, Ohio with Renee Guy and their three dogs and seasonally on Middle Bass Island in Burgundy Bay.  His hobbies include snow skiing, yard work, classic cars, water activities, and traveling. Darren has been an active volunteer with the Middle Bass Music Festival and other Conservancy activities. Colleen Kerkay is a seasonal resident of Middle Bass Island where she also serves on the Lake Erie Utilities (LEU) Board.  After her company, RQM+ shut down the Cleveland office Colleen was put on a permanent remote status, allowing her to work from her home on Middle Bass. She spends winters in Olmsted Township.

Colleen is a program manager in the medical device industry. Currently she is on a long term contract with Boston Scientific working with cryoablation systems.  Prior to getting into project management she received her bachelor’s degree in Mechanical Engineering from Northwestern and a master’s from University of Colorado.  Colleen has worked as a mechanical engineer for many, many years, mostly medical device companies.  She has two sons in college – one at Miami of Ohio and the other at Penn State. Dr. Brian Alford is a native of Vicksburg, MS and has been the Assistant Director of the F. T. Stone Laboratory at the Ohio State University since 2019. In this role, he oversees the education, outreach, and research operations at Stone Lab. Dr. Alford’s research and teaching interests include ecology, conservation, and management of freshwater fishes, mussels, crayfish, and aquatic insects. He earned his B.S. and M.S. from the University of Southern Mississippi in Biology, and his PhD from Mississippi State University in Fisheries Management. Prior to Stone Lab, Dr. Alford worked as the senior research biologist for the Louisiana Department of Wildlife and Fisheries from 2008 to 2013, and from 2013 to 2019 he was Assistant Professor of Fisheries Ecology and Conservation at the University of Tennessee in Knoxville. In his spare time, Dr. Alford likes to hunt, fish, and make videos of underwater wildlife. Jill Kirby, PIBHS class of 2008, has joined the LEIC as the Advancement/Membership Specialist. Jill earned a B.S. in Early Childhood Education from BGSU in 2012, followed by an M.A. in Career/Technical Education from Ball State Univ. in 2018. She is thrilled to combine her technical skills with her passion for conservation through this role. Jill has recently been building her knowledge of Ohio native plants as a team member at Scioto Gardens native plant nursery in Delaware, OH. Additionally, she has begun studying to earn a Permaculture Design Certificate to more skillfully craft a sustainable lifestyle. Currently residing with her husband Logan and son Marshall, Jill looks forward to relocating with her family back to SBI over the next few years and continuing efforts to preserve the beauty and diversity of nature among the islands. 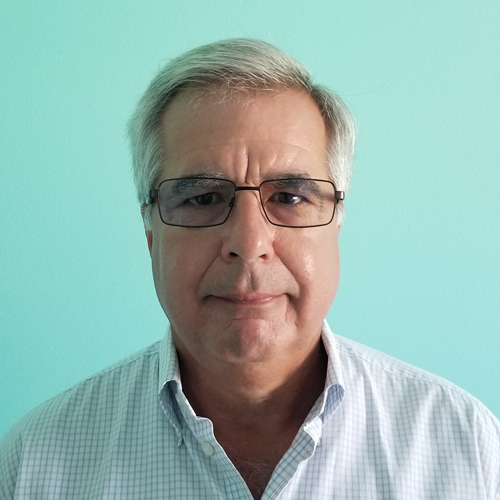 Dave Bugoci grew up in the Cleveland area and he had his own boats on Lake Erie even before he could drive a car. He fostered a love of the lake’s western basin and the islands with his wife of 35 years and two adult children. He has used his electrical engineering degree to support the design, construction, and operation of many drinking water, reclaim water, industrial process water and environmental projects around the country. Dave is a registered Professional Engineer in several states, and holds a Project Management Professional national certification. Dave has also achieved a 100 Ton USCG Master Merchant Marine license. He retired recently and now lives on Middle Bass after 15 years of being a “cottager” there. He is excited to continue supporting nature and environmental issues for the Lake Erie Islands area via the Lake Erie Islands Conservancy. 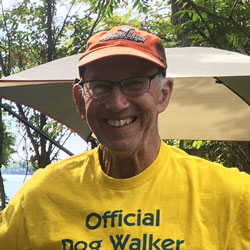 John Ladd is a retired school teacher who lives in the home he grew up in on Catawba Avenue on South Bass Island. He and his wife Paula, his sisters, and children have all been active supporters of our Conservancy efforts-especially the Ladd Carr Wildlife Woods and the Scheeff East Point and Massie Cliffside Preserve which were had been part of his grandparents properties the Brookners. 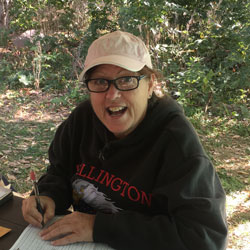 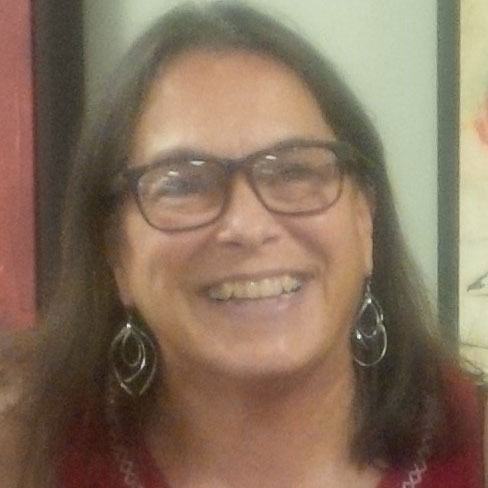 Hometown Bowling Green, Ohio. I was part of a farm family growing up and learned to appreciate nature. Graduated from Flower Hospital School of Nursing in 1977 and retired after 40 years of practice this year. Married to Joe Shull and reside on South Bass Island for the summer months and the cold months in Estero, Fl. We have four children and 9 grandchildren with number 10 arriving in Feb 2018! I received my bachelors degree from the University of Findlay in 2003 in Health and Human Resources. I am looking forward to serving on this board and making a difference in our community and area.

if others are interested in helping out or serving on a  committee let us know.